Which Popular Video Game Franchise Would you Delete?

Video games. You know, the thing on the screen that gives kids a ton of fun? Well, adults too, I suppose. They weren’t created to spread controversy but simply a joy. THM’s very own Rory decided that, however, should be the complete opposite and played Trickster for his amusement. The video game franchise you delete removes the memories, fun, friends you’ve made through it, everything associated with that franchise. Evil. So, let’s a recap.

Delete one of these video game franchises.

Yes, everything ever affiliated with what you delete leaves as well.

Everybody knows our not-so-Italian red shirt wearing, mustache brandishing, turtle killing, pipe-diving friend. But apparently, not everybody loves him, according to the poll. Though the least picked franchise, I’m still surprised that people would hypothetically kill the game that pretty much set the standard for the first video game boom. Or maybe some want to watch the world burn in Bowser’s Castle. The only comment I could find with any reasoning is, well, it’s something. “Mario, that shit boring.”

Gotta catch them all or whatever Ash said. Do you remember being a little kid and laughing at your friends for not having a shiny Charizard but not having a single clue how to play the card game? Well, it would appear Twitter does NOT take kindly to our favorite Japanese franchise. One user stating “Why would I play a game meant for kids on a kids’ device only?” I mean, I respect it, but also not. Are Nintendo devices seen as children’s consoles? I missed the memo. If you find it, send it to me, please.

Pokémon is, by far, the most popular franchise in the world. Yes, even more than the franchise you’re currently thinking about. No, I’m not lying. No. I promise. Okay, Google it then. See, I told you.

Tommy Vercetti. CJ. Niko Bellic. Hell, even Uncle CTE Trevor too. Iconic characters, a beloved franchise. Asking our parents at 12 to get San Andreas for us was something near every adult of today went through, and then we had to wait until we were 18 because they found out what the game is; it was fun while it lasted at least. That all said – GTA isn’t as popular as once thought, with the franchise sitting in the spot of second-most (or least?) popular of the quadrant.

“Nah, get rid of GTA. I do that shit in real life, and it defeats the purpose of a video game” – A comment that came from no less than four people.

If you thought getting a lap-dance from a stripper in GTA is terrible, wait until you ask your parents to buy you a war game with endless war crimes cause that’ll go down. Well….wait…oh, our parents were okay with that. Fair enough, I suppose. The memories that come with this franchise are some of the most fun times to look back on, coming home from school to play, staying up until 2 am on a school night telling people you had sexual relations with someone’s mother, or screaming at how bad your friends’ K/D is. The endless debate on which one is the best in the series will never go a-miss either.

And yet, the poll shows that despite all that – it’s the franchise the majority would entirely erase? Wait…what?! Why?! Okay, I fully understand it. I agree on incapacity. While the most popular shooter globally, the franchise doesn’t and never really has ‘revolutionized the way we play games. It’s pretty ‘cut & pastes’ in its formula, which is fine – it works for them. But gamers, over time, need something innovative, new, exciting. Call of Duty doesn’t do that. Then again, the fans of Call of Duty would purchase the latest addition to the series if all it had was a blank screen and call it the best in the series by far, so it’s their fault. Oh well. 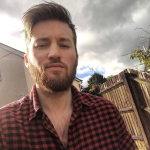